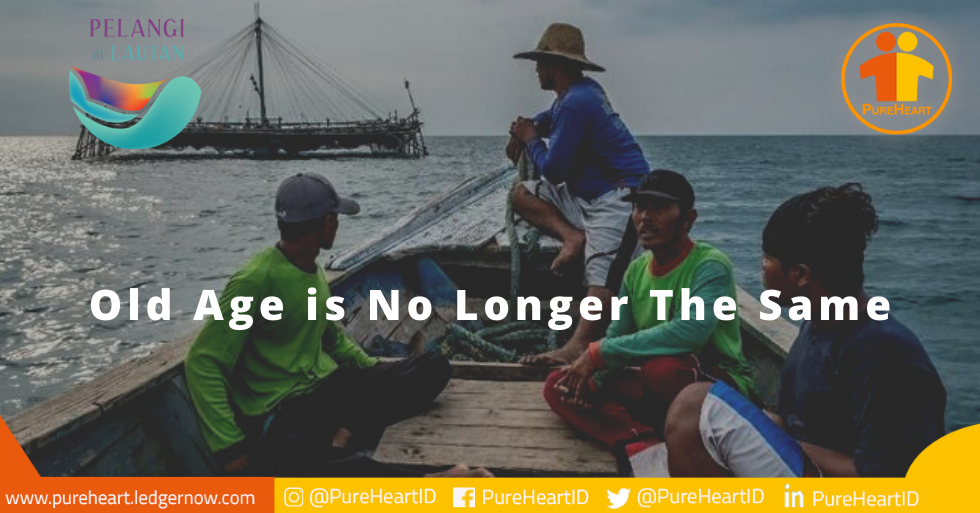 Pak faith is so valued in his environment. He is a senior fisherman who has sailed everywhere. There are already 10 coastal villages that have been visited to live moving from one place to another. He spends his time as a fisherman and fishing. He moved to find a better livelihood. But in fact he had wandered everywhere, his fate still never get a change. Stay mediocre and keep going through the same things. In the past Mr. Faith had gotten a boss who was comfortable in providing help and was not arbitrary. But his boss had to move back to his hometown and his fish collectors’ businesses were held by his brother who had a different treatment from the boss he had before.

Here the age of the faith pack is getting older, the children are already big and have a new family. The work of their children is the same as a fisherman. Some moved to other areas and some still live with one roof. Being a fisherman is a choice from the faith pack to survive with his wife. Similarly, children who are still living barely. There is no other choice for him to stop fishing even though he is very old. Pak iman has reached 68 years old at this time. But he looks still so physically strong because he used to work hard while at sea, even he was accustomed to hit rain and storm in the ocean. But in fact his soul is old. Pak iman has often coughed and felt headaches because of the high blood pressure he suffered. But every day the pack of faith tries to restrain it all by assuming that this is just an ordinary illness, and still goes to sea.

Look pale and tired on his face, in order to make a living he must continue to work for his children and grandchildren so they can be safe and can meet all their needs in the midst of increasingly rising prices of goods. Not to mention that school fees are also increasingly expensive. Pak faith’s wife is also the same, he usually used to process fish to be a side dish for a wedding or other salvation event. It’s just that since it’s already old, Mr. Faith’s wife is no longer able to sit for long and is exposed to firewood smoke to cook for a long time, so many orders are often rejected by him. The low level of welfare of fishermen makes fishermen must continue to work without stopping to support themselves and their families. Such is the condition that afflicts elderly fishermen, such as Pak faith. There is no word of retirement as a fisherman.

This problem makes a problem that has no solution if the welfare of fishermen is not improved. With this application, fishermen from Ledgernow are here to improve the economy of fishermen so that fishermen can grow into independent fishermen with more optimal income. To find out more about Ledgernow please visit the following link https://www.ledgernow.com/. To prepare fishermen to be productive in their old age Pureheart will help provide expertise in the form of training for fishing families to be productive in making food preparations from fish. And it also teaches fishermen to be able to scale up businesses into collectors, etc. To know more details about pureheart please visit the following link. https://pureheart.ledgernow.com/