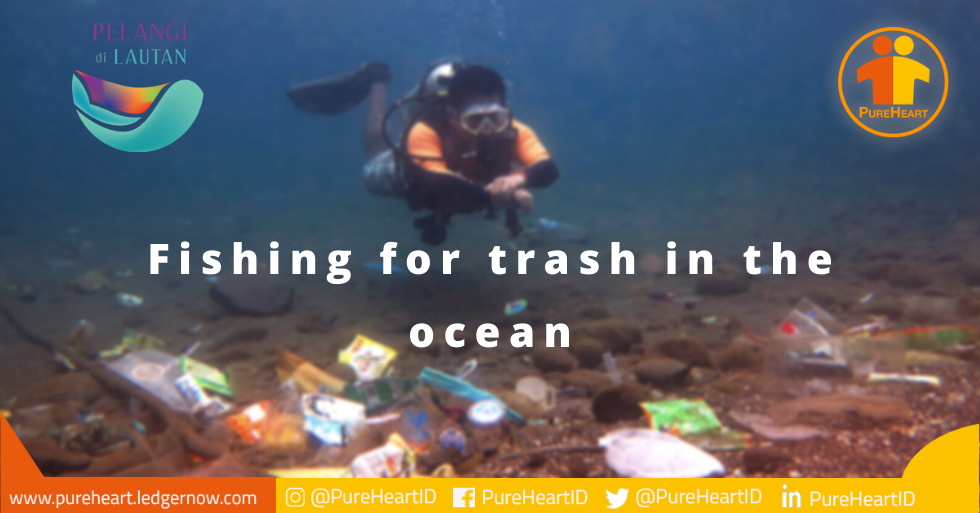 Mr. Jajang is a fisherman who lives in one of the coastal villages on the island of Sulawesi. He pitted his fortune as a fisherman to support his wife and children. He lives in a coastal village where the majority of the people do work as fishermen. Pak jajang is a fishing fisherman who is looking for grouper in the coral reef sea. Pak jajang chose to fish for grouper because the selling point is quite high. Grouper fish can be valued up to 130,000-150,000 / kg. And even then depends on the types again. There are several types of grouper that can be priced at a higher price. This village is indeed famous for having many types of grouper fish that live in it. So that is what makes the pack jajang survive and are comfortable being a grouper fishing, 3-5 fish that he got was already comparable to the price of many fish he can use bubu.

Every day Mr. Jajang goes to sea for 2 days and rests at home for 1 day. And so on the life of Mr. Jajang as a fisherman. That day Mr. Jajang went to sea as usual with a fishing rod, flashlight, bait, and food supplies for two days while he was at sea. When he reached the middle of the sea he began to stretch out his fishing rod and the bait he had prepared. While he waited for his bait to be eaten by the fish he started playing the radio. The sky had begun to dim and the sun seemed to have begun to set and left a ray of light that was increasingly disappearing. Only one fish has been caught, jajang. “The fish are still in the nap time, yeah,” he thought to himself. Soon he raises his hook and is surprised that there is a plastic bag around his hook. “It’s natural that the bait won’t eat, it turns out there is this plastic covering” grumbled Mr. Jajang. He also removed the plastic from his fishing rod.

A few months back, Mr. Jajang had often gotten plastic stuck to his hook. This has made him even more disturbed because it causes the fewer fish he can get. Not long after he felt his fishing line was so heavy, he immediately raised his fishing rod and how shocked he was to see a lump of cans, wires and plastics that stuck to his hook. again he grumbled why so many of these useless items were at sea, which made it difficult for him to fish and get fish. When he released the can he accidentally saw the can, it said ‘Manado Beach’, he suddenly remembered the can fish that his brother had brought from Manado when he stopped by his house a year ago. His can looks exactly the same and he thinks if it’s a can he threw away a year ago.

When he returned home, Mr. Jajang brought 2 fish from the bait. His wife also asked where the other fishes were, suddenly Mr. Jajang showed me a pile of cans and plastics on his boat while saying “the fish have changed with the rubbish”. Surprised, Mr. Jajang’s wife saw the trash and threw it in the trash. Trash is indeed sharing space with creatures in the ocean. It is even unexpected that we can meet again with the garbage that we threw away years ago in the ocean. As a result this causes damage to the underwater ecosystem. Coral reefs which become habitat for reef fishes become damaged and fish begin to move and look for new places. But where will they get their new habitat if all the oceans in Indonesia show the same conditions.

The fisherman application from Ledgernow will help fishermen to be able to change their mindset and habits in order to protect their marine wealth by maintaining cleanliness and the environment. So that the marine ecosystem is not disturbed by the rubbish that they throw carelessly. In addition, fishermen will also be provided with larger vessels so that fishermen can catch more fish. To find out more about Ledgernow, please visit the following link https://www.ledgernow.com/.